OWL’s Catalyst Award honors an individual who has contributed significantly to helping others advance their career in eye care. Nominees should have demonstrated leadership in supporting the advancement of diversity. OWL’s Rising Star Award honors an individual who is an emerging leader in the ophthalmic space. Nominees should be in their early or mid-careers and demonstrate high potential for making an impact in ophthalmology. Some of OWL’s award winners from the past 10 years at the Signature Event & Awards Ceremony during AAO, October 2nd, 2022 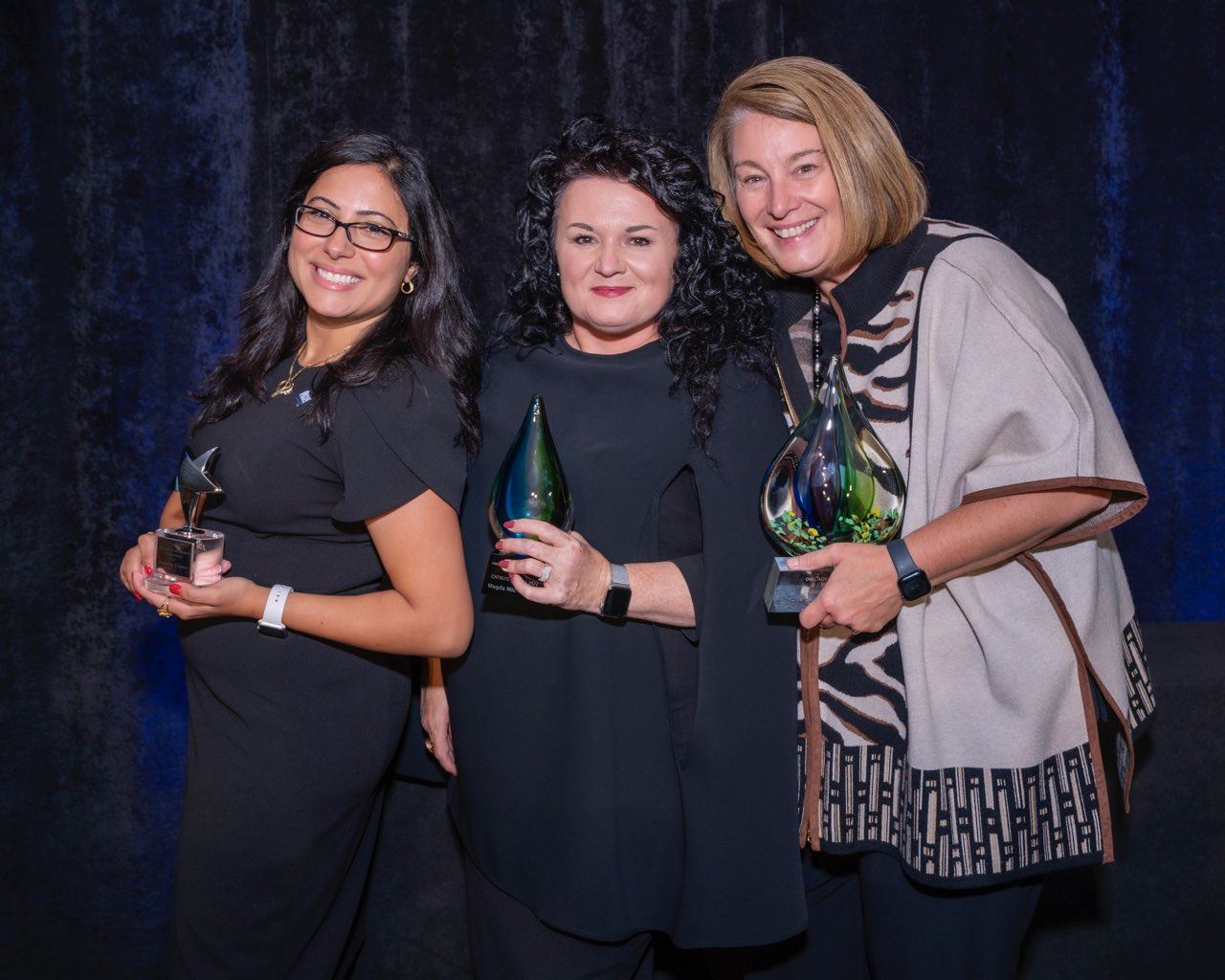 The recipients of 2021 OWL Awards (from left):
Arthur Chan, PhD, MBA, Catalyst and Abigail Markward, Visionary Leader. Alanna Nattis, DO was the Rising Star winner but was absent from the ceremony. Grit: A Passion and Perseverance for Patient Care

A Conversation with Eris Jordan, OD, Vice President of Clinical and Medical Affairs at Aurion Biotech and OWL Champion Member…

It’s time to honor your peers who are advancing diversity in leadership.OWL is pleased to accept nominations for the 2022…

On June 21, 2022, OWL and Alcon collaborated to host our second annual virtual program “Eyes on Inclusion: Transitioning to…